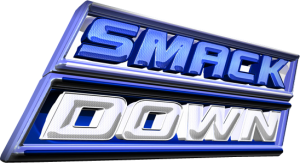 “In the best interest of the Nevada Republican Party, I feel it is time to evaluate the performance of the committees and make some changes,” Smack wrote in an email to Chachas. “Therefore, I’ll be reviewing candidates to chair Standing Committees, and I’m relieving you of your duties as committee chairman for the Finance Committee at this time. Thank you very much for your service to the Nevada Republican Party.”

In an email response, Mr. Chachas claims he’s had a hard time doing his job because there’s a perception out there that “people are wasting their money donating to a dysfunctional state party.” He ended with this not-so-veiled threat:

“If you conclude my help to the NVGOP is warranted further, kindly let me know. If not, kindly inform me of your decision as my plan would be to donate $100,000 to form a 501(c)4 organization and pursue funding for GOP initiatives through an independent vehicle.”

Of course, as I noted a few days ago, if Mr. Chachas wanted to invest $100,000 to fund “GOP initiatives,” why didn’t he already contribute that amount of money to, you know, the Nevada GOP where he was the Finance Chairman? He is aware of the “golden rule” in politics, right? But I digress.

For the record, Chairman Smack relieved other chairs of Standing Committees as well, not just Chachas of the Finance Committee. And in the email to Chachas, Chairman Smack made it clear that he was going to review, evaluate and consider all candidates to chair those committees in the future, INCLUDING Chachas if he wished to continue.

Now, this isn’t something radical, extreme or unusual. It happens every day in the business world when a new manager or CEO comes in. That person asks for EVERYONE’S resignation…and then decides who he or she wants to keep. So this action by Chairman Smack was perfectly reasonable.

But as usual, GOP blogger-boob Orrin Johnson threw one of his patented e-hissy fits over it:

“This is just the latest of many acts of incompetence on Smack’s part in the short time he’s been part of the leadership of our party. If Nevada Republicans are to have any chance of accomplishing our primary mission – getting Republicans elected up and down the ballot in Nevada – Smack must go. If he has any honor, shame, or loyalty to the cause of electing Republicans, he will maintain the status quo and resign the second a new, permanent chair is elected. If not, he should be run out of town on a rail wearing a nice winter coat of tar and feathers.”

Wow, such prose. One usually has to pick up a dime-store novel to read such pedantic, bush-league non-eloquence.

Here’s the thing: I don’t believe Mr. Johnson – who certainly always has something to say about how things ought to be done – has ever been elected to any party leadership position. Hmm, I wonder why that is? Actually, I don’t wonder. It’s because the guy trash-talks the talk but in reality doesn’t know $%#! from apple butter.

In any event, I checked with Chairman Smack to get his side of the story regarding the Chachas situation. Here’s his response:

“Mr. Chachas has been in his position for eight months, and has not formed a committee. His committee is responsible for raising funds for the party, along with the chairman, and a commitment was made by (former Chairman) Amy Tarkanian that Mr. Chachas was forming his committee and challenging all of the members to raise $25,000 apiece at the October NRP meeting. Only when pressed by the Treasurer about his plans for the committee in December did Mr. Chachas commit $25,000 of his own money, but still with no plan for how the committee was going to work, or when it would even be formed. The first I ever heard about the $100,000 was in the response Mr. Chachas decided to make public. So far to date, the only money that has been brought in by Mr. Chachas and his committee in eight months has been the $25,000 that Mr. Chachas personally donated to the NRP.

“I relieved a total of three committee chairs. One I reappointed after reviewing her plans and ideas, and the board has already confirmed. The second indicated to me he was too busy to continue with his duties, so we are still searching for a replacement. The third was Mr. Chachas, and if he had not made a public blowup out of it, it would have been as quiet as the other two have been. I’m still not sure that I won’t reappoint Mr. Chachas, but want him to share his plans and the direction he is planning on taking the committee going into this critical election year so I can hold him accountable. I believe that a responsible state chairman, whether interim or not, should be expected to do just that.

“Although I really don’t want to give Orrin Johnson any publicity regarding his blog, I would like to correct a couple of inaccuracies. CAP, the consultants that Orrin referred to as being forced on the board by the three newly elected officers, was hired by the board as consultants for the caucus prior to my election at the direction of Amy Tarkanian and Executive Director Dave Gallagher. As a matter of fact, Treasurer Michael Bertrand attempted to bring a motion to terminate the Nevada Republican Party contract with CAP in December, and it was withdrawn after a plea from both Tarkanian and Gallagher.

“I spoke out against the special evening precinct meeting, and even brought a motion to the executive board to demand Clark County not proceed, which was defeated with all three of the officers in question in his blog voting in favor of eliminating it. That entire paragraph in Orrin’s rant is horribly inaccurate, and I’m not sure why he is talking out of his lower posterior end on matters about which he has absolutely no clear understanding.”

Well, I can answer that last question: It’s because that’s what Orrin does because, again, he doesn’t know $%#! from apple butter.

But as Chairman Smack suggests, Orrin Johnson’s peanut gallery hissy fit is irrelevant. The question is whether or not it’s true that in eight months as chairman of the Finance Committee, the committee chairman failed to create such a committee and failed to raise any money for the party other than his last-minute $25,000 donation in December. If that is true, Chairman Smack was absolutely correct in taking the action he took.

And let me make a suggestion here; because unlike Orrin Johnson, I actually have some experience in this area.

What the Nevada Republican Party needs right now is not a part-time Finance Chairman who, you know, lives on Wall Street in New York, not Main Street in Nevada. What it needs is an old-fashioned salesman – insurance, real estate, used cars, etc. – with a strong background in DIRECT MARKETING, as a full-time Finance DIRECTOR. All the money the party will ever need is right here in Nevada…if you just know where to look, what to do and how to do it.

Which leaves Orrin Johnson out.