Captain Obvious: Riots and Looting are Not “Protests” 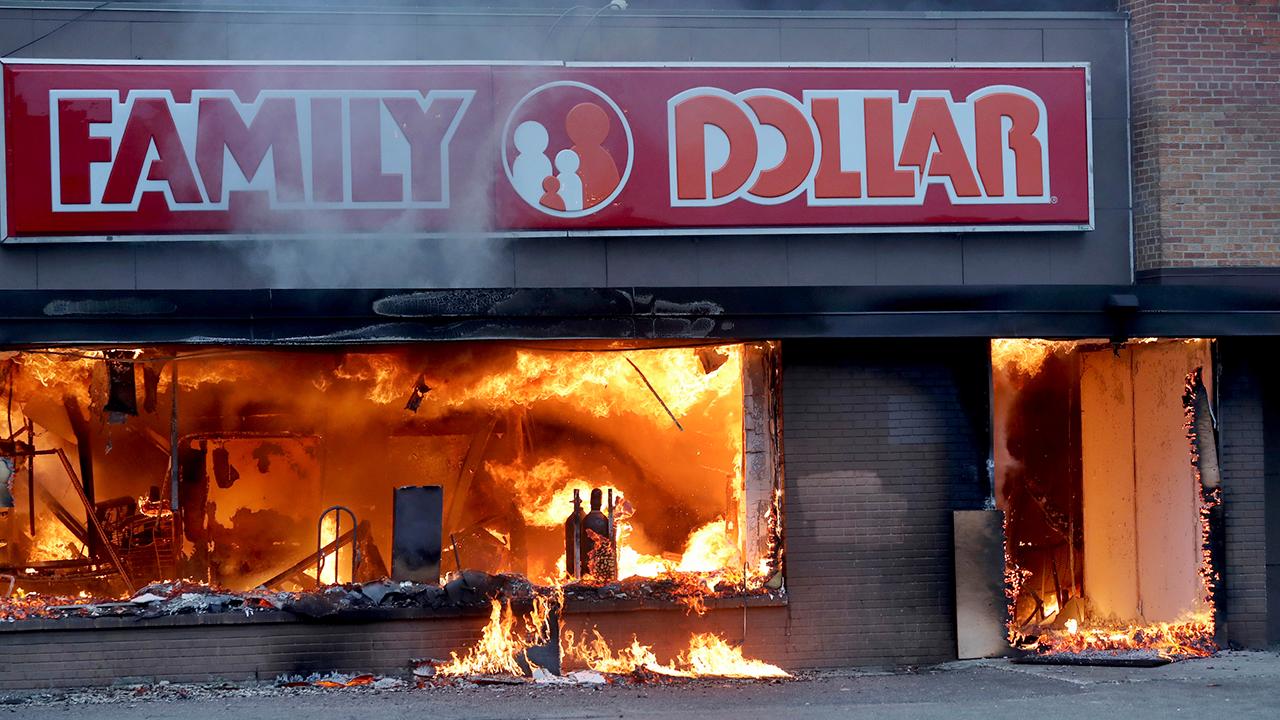 (Chuck Muth) – I was cussing like Rahm Emanuel, the Prince of Profanity, at the TV last night.

For two hours I watched criminal barbarians all across the country destroy property, commit arson, and throw bricks, bottles, fireworks and, in Los Angles, a steel trash can at police officers who had absolutely NOTHING to do with the death of George Lloyd.

The level of restraint exhibited by Secret Service agents in front of the White House last night was damned near saintly.  I don’t know how they were able to hold back from opening a can of whoop-ass on those insane and violent “protestors.”

On the other hand, police officers in Minneapolis apparently were ordered to stand down as mobs of lowlifes ignored a curfew order, went wilding and looted freely on the streets.

These aren’t protestors.  These are criminals, anarchists, race-hustlers and societal predators just looking for an excuse to commit mayhem.  As Michael Caine, playing Alfred in The Dark Knight movie, put it…

“Some men aren’t looking for anything logical. They can’t be bought, bullied, reasoned, or negotiated with. Some men just want to watch the world burn.”

And by and large, these street mobs have been allowed to get away with it with impunity.  Few arrests of the arsonists, vandals and violence peddlers.

On the other hand, we’ve seen arrests of fathers playing catch with their kids in a park, mothers at playgrounds, barbers, hair stylists, surfers, sunbathers, gym owners and others for violating constitutionally questionable shutdown and stay-at-home orders by the government in response to COVID-19.

While it certainly wasn’t their intention, the rioters and looters are helping to re-elect President Donald Trump.  And maybe even a GOP-majority Congress.

So there’s your silver lining.

Yet some businesses are being “allowed” by the government to reopen under terms unilaterally dictated by Gov. Baron von Sisolak with no approval from the elected members of the Legislature.

Which begs the question…

Why couldn’t we have begun the process of reopening in mid-April when Las Vegas Mayor Carolyn Goodman called for it?

The “curve” had already been flattened and hospitals were NOT being “overrun.”

I mean, if it’s OK to reopen now, with the virus still out there – and it is – it was OK to reopen over a month ago under the same operating restrictions.

Gov. Sisolak has taken a bad situation…and made it a helluva lot worse.

For crying out loud, we have people driving around in their cars ALONE wearing face diapers!

Nevadans are going to be paying for this for a LONG time.

“Great job last night at the White House by the U.S. @SecretService. They were not only totally professional, but very cool. I was inside, watched every move, and couldn’t have felt more safe. They let the ‘protesters’ scream & rant as much as they wanted, but whenever someone got too frisky or out of line, they would quickly come down on them, hard – didn’t know what hit them.

“The front line was replaced with fresh agents, like magic. Big crowd, professionally organized, but nobody came close to breaching the fence. If they had they would have been greeted with the most vicious dogs, and most ominous weapons, I have ever seen. That’s when people would have been really badly hurt, at least.”