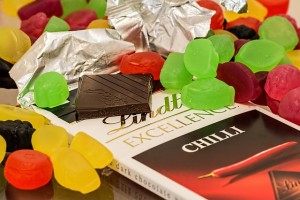 Candies and chocolates are the best end products of sugar. (Image Courtesy: Pixabay)

You’d almost think this “surge” of attacks was being coordinated by some special interest!

Meaning the burden taxpayers are shouldering for Hershey bars is coming from somewhere other than sugar.

Indeed, the WSJ editorial claimed that “The U.S. candy industry has been hollowed out as companies have fled to places like Guatemala and Thailand where they can remain competitive by buying sugar at world-market prices.”

Does anyone really believe candy-makers are relocating to third-world countries because of a 10-cent difference in the global cost of sugar rather than the huge gulf in labor costs, taxation, benefit mandates and government regulations?

Rubio’s position on the U.S. sugar program is fair, reasonable and defensible. “I’m ready to get rid of the loan program for sugar as long as the countries that export sugar into the U.S. get rid of theirs as well,” he declared at a Heritage Foundation forum this summer.

Tit-for-tat.  Zero-for-zero.  You drop yours, we’ll drop ours.