Beer, Bathtubs & Biker Chicks: These are a Few of My Favorite Things

I think the most interesting and enjoyable campaign training seminar I ever conducted was well over a dozen years ago in Denver, Colorado.

It was in conjunction with a convention for motorcycle riders and enthusiasts and, boy, do they ever like their freedom!

I conducted a workshop on political action and lobbying, as the group was fighting against mandatory helmet laws that had been passed by a bunch of nanny-state legislatures.

And after the day was done, I was invited to join the folks who organized the conference in the hospitality suite.

The “bar” in the hospitality suite was the bathtub…which was filled to the brim with cans of beer under a mini-mountain of ice!  Just like my dad used to do whenever he hosted a party for his compadres in the Baltimore City fire and police departments back when we were growing up.

I also learned a very, VERY interesting trick for selling raffle tickets (think, “Sex & The Switchblade”)…which I’ll be happy to share with any of you in person the next time we run into each other!

Anyway, I thought about that experience today after receiving a donation to our Ax the Tax efforts from Dale Andrus, John Bland and Deb Bonetti of ABATE (A Brotherhood Aimed Toward Education) of Northern Nevada, a group out of Elko “dedicated to “Preserving the rights, improving the image, and promoting the safe operating practices of all Northern Nevada motorcyclists.”

On this day before Thanksgiving, I’m thankful for a lot of things…including ABATE of Northern Nevada.

And for each of you who subscribe to Nevada News & Views.  Have a safe and happy holiday this weekend. 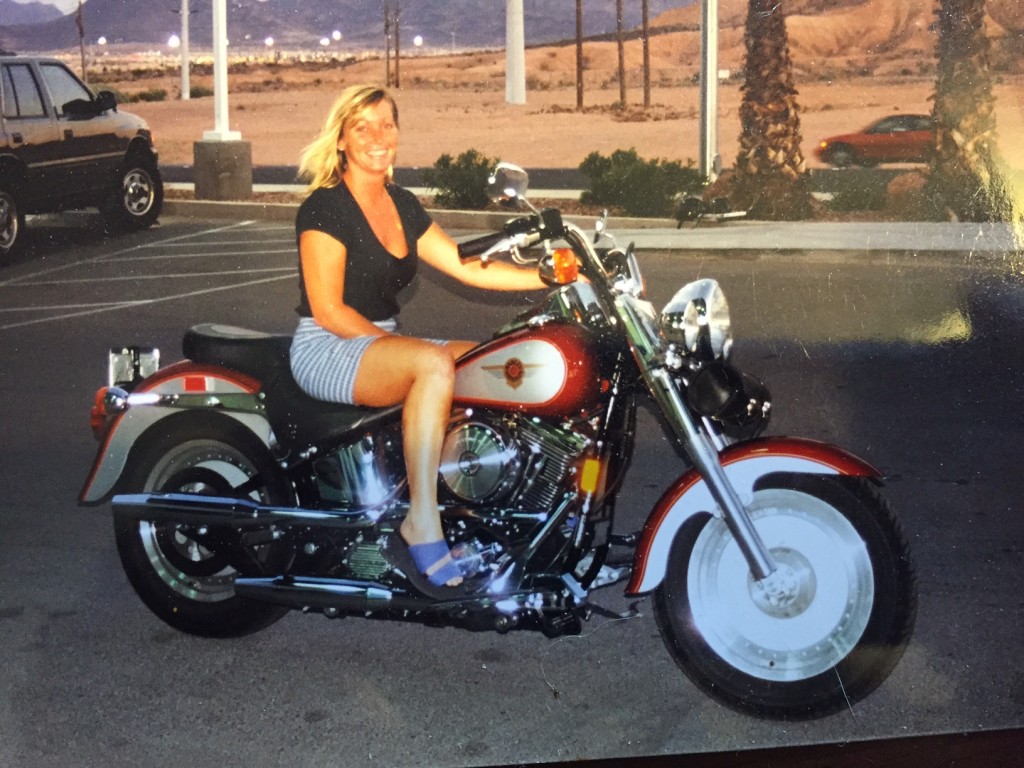 This is a vintage photo of my wife Gia on the back of the Harley Davidson “Fat Boy” I won in a raffle sponsored by the Nevada Policy Research Institute in the late 90’s.

I’d never ridden a motorcycle in my life, so I ended up selling it to a guy who owned a biker bar in Las Vegas who, I think, might still be in prison for election fraud.

Sure thankful I’m not him!