Baby, You Can Drive My Car 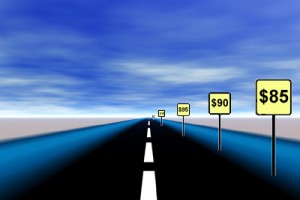 In a recent op/ed published by the Las Vegas Sun, Nevada Department of Transportation chieftess Susan Martinovich complained (again) that “Nevada will be billions short in funding road construction and maintenance” in the coming years. So she is advocating a study on possibly establishing a Vehicle Miles Traveled (VMT) fee in which drivers would be “charged a fee based on the number of miles driven” rather than be taxed by the gallon of gas.

But have no fear! Madame Martinovich assures us that the VMT is not “an additional tax. It is a potential future replacement for current taxes paid at the pump, and it would charge miles traveled much as current gasoline taxes charge amount traveled through gallons of gasoline purchased.”

In other words, Ms. DOT wants us to think this proposal would be revenue neutral. Taxes won’t go up; only the method of assessing transportation taxes would change. But that’s an absurd contention. Clearly, those who have spent a king’s ransom on electric and hybrid cars would suddenly have their taxes hiked for going through the expense of protecting the environment and helping to wean the nation off foreign oil.

And a revenue neutral shift on the way highway taxes are paid doesn’t fix the real problem Martinovich sees: Lack of tax revenue to fund highway construction and maintenance projects. If switching from the per-gallon taxation method to the VMT won’t raise net revenue, then how will the DOT fund all the wonderful future transportation projects it has dancing in its head?

By jacking up the VMT fee after it’s implemented. The ol’ bait-and-switch. Buyer (and taxpayer) beware!