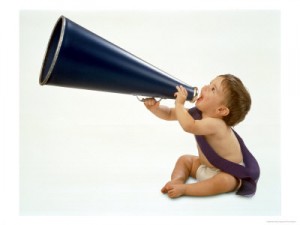 To paraphrase an old saying, it’s better to not send out any press releases and be thought a boob than to send one and remove all doubt. Too bad Nevada Assembly Minority Leader Pete Goicoechea apparently missed that day in Politics 101 class over at Berkeley.

In a less-than-breathless press release this morning, Tax My Meat Pete announced that he had “formed caucus election committees to guide the Republican Assembly Caucus through the 2012 election season.” How exciting! The rest of the release….

“The 2012 election cycle will be challenging,” said Goicoechea. “The redistricting process adds an extra element of uncertainty and a level of optimism. The formation of these committees show the caucus is united in proactively making sure 2012 is our best cycle yet.”

“We have a lot to be proud of coming out of the 2011 legislative session. We stayed true to our conservative principles and not one single new tax was established. We reduced state spending by 3%, saving the taxpayers half a billion dollars. This is a message our caucus members are excited to share with potential candidates,” said Goicoechea.

Only in the Land of Political Ciphers is it considered newsworthy that a political group was forming committees to focus on recruiting candidates, raising money and reaching out to voters.

I mean, it’d be like the Nevada Republican Party issuing a press release announcing that it was going to focus on voter registration.

Or a church announcing it was going to focus on saving sinners.

Or a sports team announcing it was going to focus on winning games.

Or a fisherman announcing he was going to focus on catching fish.

Or Hugh Hefner announcing he was going to focus on beautiful, young women.

Yet somehow in Tax My Meat Pete’s not-quite-Rove-like mind, forming these three committees somehow supposedly shows that his divided, directionless, clueless caucus is “proactively making sure 2012 is our best cycle yet”?

Not content with holding an ostrich-sized egg on the top of his head with one hand and smashing it with the other, Goicoechea insisted on adding insult to injury by following some of his tax-hiking GOP colleagues in tinkling down our collective legs while telling us it’s raining. In response….

1.) Assembly Republicans have NOTHING to be proud of coming out of the 2011 session (nor do they have any issues to run on). They spent 99 percent of their time opposing Gov. Sandoval’s no-new-taxes budget, and the rest of the time voting to increase taxes $600 million. Some record.

2.) You can only vote for a $600 million tax hike and claim to have stayed true to your conservative principles if you have absolutely no idea what being conservative means. Voting for that tax hike might have been pragmatic in some books, but it sure as heck wasn’t conservative in anyone’s book.

3.) It is disingenuous at best to boast that “not one single new tax was established.” Instead, they raised $600 million worth of existing taxes. Either way, the taxpayer got screwed…royally.

4.) Assembly Republicans did NOT reduce spending by $500 million in 2011. That reduction was made by the 2009 Legislature in the February 2010 special session. This is like the rooster taking credit for the sun rising.

But the other thing Tax My Meat Pete isn’t telling you here is that when Gov. Sandoval originally proposed cutting spending by an additional $600 million OVER AND ABOVE what was cut in 2010, Assembly Republicans refused to support him. Instead, Goicoechea negotiated with the Democrats to raise taxes to fund higher spending.

Funny how he neglected to mention that.

Pete did, however, put himself in charge of the fundraising committee, which ought to be particularly helpful to him in his…STATE SENATE CAMPAIGN!

Yes, Assemblyman Goicoechea has told folks he fully intends to run for the seat of term-limited Sen. Dean Rhoads as soon as the new redistricting maps are finalized. So he’s going to raise money for the Assembly caucus while personally running for the state Senate? How well do you think THAT’S going to work out? Ever hear the old saying about dogs and two masters?

But don’t worry, it gets worse….

The man Goicoechea put in charge of candidate recruitment is serial tax-hiker Assemblyman Lynn “Bug Man” Stewart, who chalked up the WORST score of all Republicans in the entire Legislature in the Nevada Policy Research Institute’s (NPRI) Review & Report Card on the 2011 session.

Why not hang a sign out front of the recruiting office door that reads “RINO’s Only Need Apply”?

Really? Tom Grady? A tax-hiking rural Nevada legislator who has absolutely ZERO community contacts with important constituent groups in Clark County where, you know, most of the population lives, as well as where most of the Democrat-incumbent seats are. Pure…genius.

But here’s the real kicker….

Would Pete Goicoechea actually appoint as the person in charge of “Caucus Messaging” an unbalanced, tax-hiking dufus who dresses up like Rambo and runs around the room pretending his guitar is a machine gun?

That’s right, boys and girls. The official voice of Assembly Republicans for the 2012 election cycle will be none other than Ass. Mark Sherwood!

Is today my birthday???