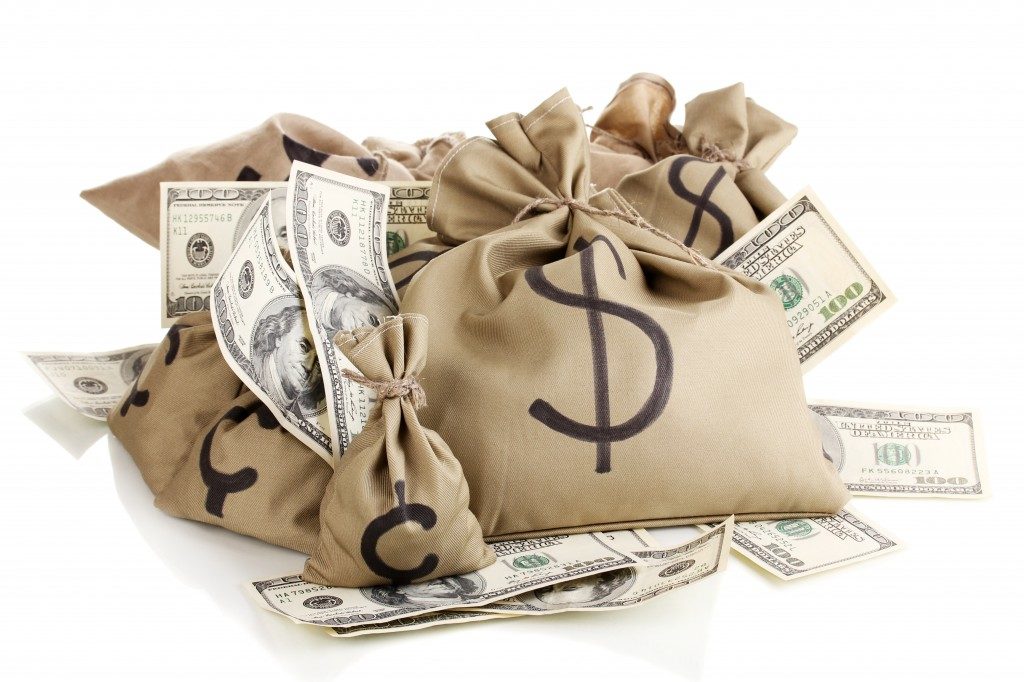 The Campaign and Expense (C&E) finance reports for 2019 are in and posted on the Nevada Secretary of State’s website.

And like it or not, a candidate’s ability to raise money early is an early indicator of their potential strength in 2020 races.  So let’s look at a few competitive state Assembly seats in Nevada…

Meanwhile, his GOP opponent, Michelle Mortensen, reported raising a healthy $102,000.  But there’s significantly less there than meets the eye.

Mortensen reports nine donations of $10,000 each – which is certainly impressive.  However, only half that amount can be used in her primary campaign.  Meaning the amount raised that she can actually spend against Matthews is only $57,000.

Matthews, on the other hand, did not receive ANY donations over the $5,000 limit – meaning his entire six-figure war chest is at his disposal for the primary contest.

In addition, there’s also the “cash on hand” numbers to look at.

After expenditures in 2019, Matthews still has more than $130,000 compared to Mortensen’s $48,000 (after deducting donations she can’t spend in the primary).

And of equal significance, as noted in a memorandum I obtained from the Matthews’ campaign…

“(T)he vast majority of (her reported) contributions appear to have come from Mortensen’s own family.  This strongly demonstrates that the support Mortensen does have is extremely shallow, a point emphasized further by the fact that her number of unique donors (75) is only about one-fifth of Matthews’ total.”

Unless Mortensen can significantly broaden her fundraising appeal and universe over the next three months, Matthews’ advantage is only going to get bigger and bigger.

“My opponent is obsessed with me.  He sent out an email mentioning me 20 times.  I won’t event (sic) mention his name because no one knows it – especially the voters.”

She’s his opponent in what some consider to be a competitive race.  So OF COURSE he’s going focus the attention of his donors and supporters on why he thinks the empress has no clothes.

It’s called a “campaign,” not an “obsession.”

That said, not mentioning Matthews’ name “because no one knows it – especially the voters” is silly.  And also exactly the point of all this.

At the time most voters will begin making up their minds on who to vote for in the primary – late April and May – Matthews is going to have a bank vault stuffed with fungoolas to flood voters with information about who he is, what he stands for, what his qualifications are and…

What’s wrong with his opponent.

And she’s gonna have to respond.  Again, it’s called a “campaign.”

Now, to be sure, Mortensen doesn’t necessarily need to match Matthews dollar-for-dollar as long as she can come up with a message that resonates.  Still, she’s gonna need a lot more than she’s got to remain competitive.

Meanwhile, a third Republican in the race, Jacob Deaville, reported raising less than $12,000 – including $500 from disgraced former US. Sen. John “Pants on the Ground” Ensign.  He should either withdraw or look for another seat to run for (hello, AD34!).

Steven DeLisle – a dentist who was initially campaigning for Senate District 5 last year – switched over last week to AD 29.  And his reported war chest of $134,000 is a game changer – especially since he invested $120,000 of HIS OWN MONEY in the race!

And, I’m told, is willing to pony up more if that’s what it’s gonna take.

Unless Silberkraus is a complete moron – which is an open question – he’ll now drop out.  But if he doesn’t, he’ll get CREAMED in the Republican primary.  And not just because of the money disadvantage.  Remember…

Silberkraus was one of the 13 Republican back-stabbing turncoats in the Assembly in 2015 who screwed Republicans and Nevada taxpayers royally by voting for the largest tax hike in state history.

Try running in a Republican primary on THAT as the teachers union puts forward a new $1 billion tax hike.

So either way, DeLisle will be moving on to the general election against incumbent Democrat Assemblywoman Lesly Cohen – who reported raising only around $16,000 last year and has less than $50,000 in the bank.

In AD 2 (Clark) – where Republicans will compete for the open seat of back-stabbing/tax-hiking/term-limited Assemblyman John Hambrick – Heidi Kasama, former president of the Nevada Realtors Association, reported raising just over $50,000.

But that’s just the tip of the iceberg.

As reported elsewhere recently, the Realtors Association has established a $2 million war chest to support pro-realtor candidates with independent expenditures.  And Kasama, as the former president of the Realtors’ association…

Well, you connect the dots.

That said, after being endorsed by the Republican Assembly Caucus a couple weeks ago, Kasama came under fire for a 2018 endorsement statement on behalf of Democrat Rep. Susie Lee (Nevada Congressional District 3) that was attributed to her.

But as Heidi (pronounced Hay-Dee) explained to me at a meeting a week ago (at Tommy Bahama’s over mai-tais!), it was actually the Realtors’ PAC membership board, not her, that voted to endorse Lee.

And to tell you the truth, I’m more concerned with where she is now, personally, than what she said on behalf of her organization’s PAC two years ago.  And here’s her statement today in that regard…

“Susie Lee has been a huge disappointment.  Like all too many politicians, the way she sold herself to voters is not what voters got once they opened the package.  She simply has not been the problem solver who would work in a bipartisan fashion as she promised.

“Instead, she’s voted with Nancy Pelosi 98% of the time – including voting to impeach the President of the United States who won Nevada’s Third Congressional District.  Sadly, Susie has delivered nothing but partisan rancor and obstruction.

“She’s had her chance.  She broke her word.  She needs to be replaced.”

I’ll also note that over the weekend Heidi also signed and sent me a copy of the Taxpayer Protection Pledge.  And THAT speaks volumes to me.

Kasama will be facing two other GOP candidates in the primary…

Jim Small – another Tax Pledge signer who ran for the seat in 2018 – reported raising $47,000.  However, $41,000 of that is in the form of personal loans to the campaign.  So not much actual fundraising strength shown there.

And newcomer Erik Sexton reported raising just over $61,000, including loans to his campaign totaling just over $25,000.  Very solid.

So at least from a candidate fundraising standpoint, we have a real race here.

AD 36 (Nye, Clark, Lincoln) is, at least for now, the only race where an incumbent Assembly Republican is being seriously challenged in a GOP primary.  However, calling the incumbent an “incumbent” in this case is a bit misleading.

Greg Hafen was appointed (juiced in) to replace my late friend, Assemblyman Dennis Hof, after Dennis won the seat in 2018 – even though he passed away three weeks before the vote.  And Hafen reported raising $61,000 – though almost $10K of that was a loan to his campaign.

So this definitely is gonna be a horserace.

Hafen does have the advantage of incumbency, though dubiously “earned.”  However, he’s never actually run for office and doesn’t appear to be much of a conservative (ACU Rating of just 80%).

Not good in one of the most Republican districts in the entire state.

In fact, while speaking at a meeting of the Nye County GOP on Saturday, Bradley again signed the Taxpayer Protection Pledge – as he did in 2018.

He then invited Hafen – who was sitting on a table in the back of the room stroking his beard – to join him in signing the Pledge so the voters of AD 36 would be protected no matter who won.

I have a copy.

He also sent Grover Norquist, President of Americans for Tax Reform and founder of the Pledge, a letter that reads as follows…

I have read with interest about the Americans for Tax Reform Tax Payer Protection Pledge and I have read the substance of the Pledge itself.

As you know, I am seriously considering becoming a candidate for President of the United States and, based upon that, I have agreed to sign the Pledge except, as I have stated on the Pledge, will not agree to not raise taxes ‘on China and other countries that have consistently taken advantage of our great country,’ the United States.

A President Trump will oppose and veto all efforts to increase taxes.

The only reason President Trump isn’t listed “officially” as signing the Pledge is because of his “China exception” hand-written into it.

But, um, I’m pretty sure Mr. Hafen, as a member of the Nevada State Assembly, isn’t going to be in the position of imposing taxes on China!  So there’s absolutely no reason for HIM not to ink the Pledge…

A Couple Other Races…

In Assembly District 4, a seat previously held by Republicans but lost in 2018, Donnie Gibson reported raising an impressive $115,000.

Former Assemblyman Richard McArthur is also running to get this seat back, but reported raising only $250 in all of 2019.  However, he still has $36,000 cash left in the bank from his previous race.

In Assembly District 31, where the Republican Assembly Caucus’ hand-picked and endorsed candidate, Jake Wiskerchen, quit right after the first of the year, former Assemblywoman Jill Dickman reported still having $104,000 socked away in the bank.

Why the caucus leaders haven’t called begging her to make another run at this seat can only be explained as “Stuck on Stupid.”