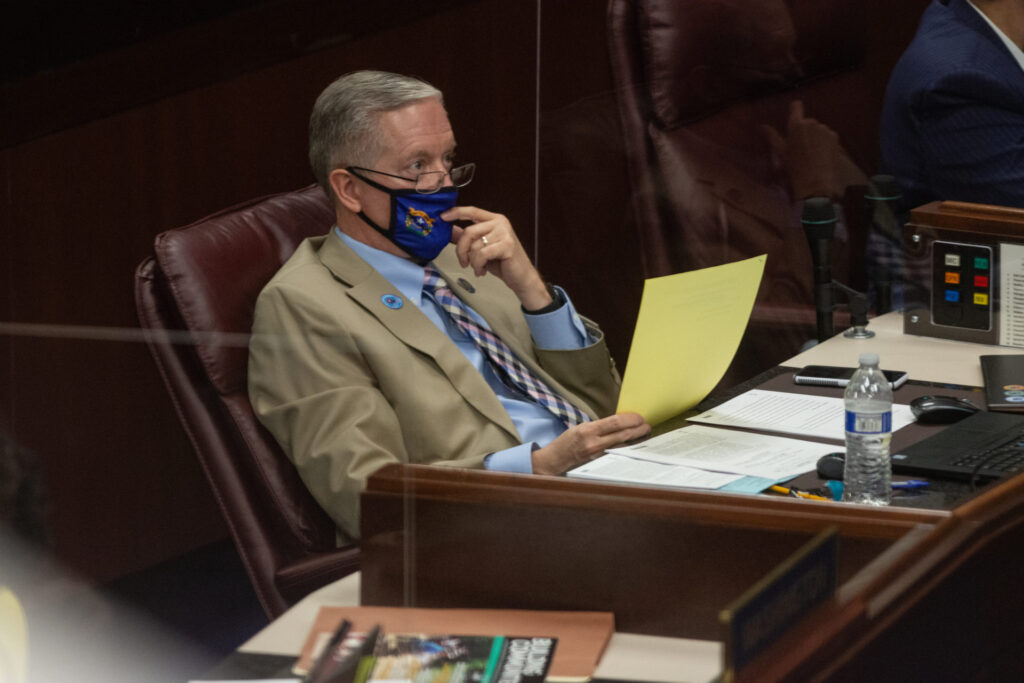 (Chuck Muth) – “But Chuck, why do you pick on Republicans?”

It’s a question I’ve fielded often over the years.  And the answer is simple:

I expect better from Republicans.

Which brings me today to Nevada State Sen. Keith Pickard, a true trans-Republican (a Democrat who identifies as a Republican).

Let’s start with his conservative rating for the 2019 legislative session, his first, from the American Conservative Union: 57 percent.

Which means on significant bills of concern to conservatives, Sen. Pickard voted with the liberals almost HALF the time.

That includes voting for SB94, which “Increased funding for abortion providers such as Planned Parenthood,” and AB456 raising the mandatory minimum wage to $12/hour.

He also voted for SJR8 in 2019, and AGAIN this session.  That’s the so-called Equal Rights Amendment that would allow boys who “identify” as girls to compete against girls in girls’ sports.

As well as share their locker rooms and bathrooms.

Oh, and take their college scholarships.

Then there was his embarrassing display of flip-flopperitis last summer when he voted FOR a major tax hike on rural mining companies before voting against it.  A spine made firmly of jello.

Fast-forward to this current session.  So far this trans-Republican has proposed…

And then there’s THIS mamma-jamma…

I’m supposed to give this government-expanding, tax-hiking trans-Republican a pass simply because he has an “R” after his name on the ballot?

Pickard is up for re-election in 2022.  The GOP establishment is going to tell you we MUST support him.  No way, Jose.

If Republicans don’t want to lose this seat, they need to lose Keith Pickard.  Primary opponents…start your engines!

Oh, and speaking of trans-Republicans…

AssemblyRINOs Glenn Leavitt, Tom Roberts, Jill Tolles and Melissa Hardy all voted for SJR8 – the “men-in-women’s-sports” Equal Rights Amendment. Let’s get primary challengers up in the bullpen for those, too.