All Tax Raids are Not Created Equal 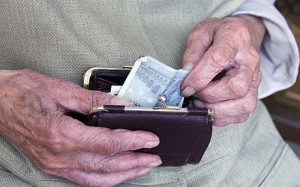 The old saying is that it’s not the crime that does a politician in, but the cover-up. Similarly, it’s not necessarily the policy that trips up politicians, but the inconsistent hypocrisy in implementing the policy. Such is the case with Nevada Gov. Brian Sandoval’s decision to abandon his no-new-taxes promise in the 2011 budget “grand compromise.”

As Anjeanette Damon of the Las Vegas Sun reminds us in a column on Thursday, “the Nevada Supreme Court ruled” in May that “the state could not use $62 million from the Clean Water Coalition” to balance its budget.

The governor construed that opinion “to extend to other local money grabs” he had included in his budget proposal – some $600 million worth – which caused him “to back extending the 2009 tax increase instead of taking more local money.”

Now, many conservatives, including some lawyers, disagreed with his interpretation of the decision and believed the governor should have forced the “victims” of the other money grabs to try their own luck in court and see if we were truly talking about apples to apples or apples and oranges.

But the governor insisted on giving the money back and raising taxes instead of forcing the locals to file lawsuits that the governor believed the state was likely to lose.

Now, however, Clark and Washoe counties ARE suing to get back $123.5 million worth of local property taxes the state raided to plug the budget hole back in 2009. But rather than give that money back the way he did the other $600 million, Sandoval is now telling the locals he’ll see them in court.

“Ultimately, this is going to be another decision that will be decided by the courts to determine the applicability of that Clean Water case to some of these issues like this request made by Clark and Washoe,” the governor told Damon in a televised interview scheduled to air tonight.

How does that make any sense?

Look, I was willing to give the governor the benefit of the doubt regarding the legal odds of the $62 million Clean Water Coalition decision applying to the other $600 million….even though the governor still should have plugged that hole via spending cuts, not tax hikes. But you can’t pick and choose which raided local funds are applicable and which aren’t.

You can’t have it both ways, and this attempt to do so is pure policy hypocrisy.