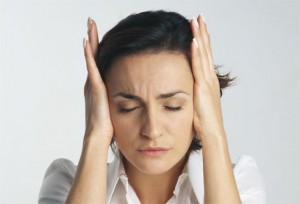 Well, for almost 20 years now that’s been a somewhat difficult question to answer.

I’m not a paid political consultant, though I do consult with candidates and organization leaders on a pro bono basis.

I run a non-profit organization, but people get that confused with traditional non-profits like the United Way and the Red Cross. Which is not what I do.

I’m not a high-paid corporate lobbyist, though I do advocate for limited government/low-tax public policies in Carson City and Congress.

I do speaking engagements for various organizations, but I’m not a paid professional speaker.

I’m not a reporter, but I do report on current events.

I’m a free-lance columnist, but usually don’t get paid for it.

And I’m a blogger, but I don’t get paid for that either.

I’m not a best-selling author, although I have written and self-published a couple of books (with more on the way!).

I do teach my homeschooled kids, but I’m not a professional teacher.

And speaking of the kids, they’re not quite sure what I do either…other than sit in my home-office and work on the computer all day.

And then, during a discussion on branding and communications at a marketing conference in Phoenix earlier this month, it struck me.

Exactly what I do.

In pretty much all that I do, in all the ways I do it, the bottom line is: I get on liberals’ nerves.

But when most people ask “What do you do?” they’re expecting something more traditional; like “I’m a political consultant” or “I’m a lobbyist.”

How would it go over if I answered, “I irritate liberals.”

So at that same marketing conference last week, I decided to try it out.

Three guys I met in the hallway during a break asked me, “So, Chuck, what do you do?”

Well, you’d have thought I’d just bought ‘em all a round of beers and a shot!

“Really? That’s great! I’m so sick of the taxes and regulations we have put up with. Thank God somebody’s out there fighting for us.”

The funny thing was, they loved the fact that I irritated liberals without having a clue as to exactly how I do it.

Frankly, they didn’t really care. It was enough to know I got on the nerves of people who get on their nerves every day!

So that’s that. For those of you who know me, if anyone should ever ask you, “What the heck does Chuck Muth do?” – now you know how to answer.

In fact, I’m changing our Citizen Outreach slogan from “Putting the Public back in Public Policy” to “Irritating Liberals Since 1992.”

And if irritating liberals is something YOU want to be part of, I have a perfect new project that I hope you’ll support: “Operation Irritation.”

Details tomorrow. Find your wallets. This one’s gonna be GREAT!