About Construction of the Raiders’ Stadium 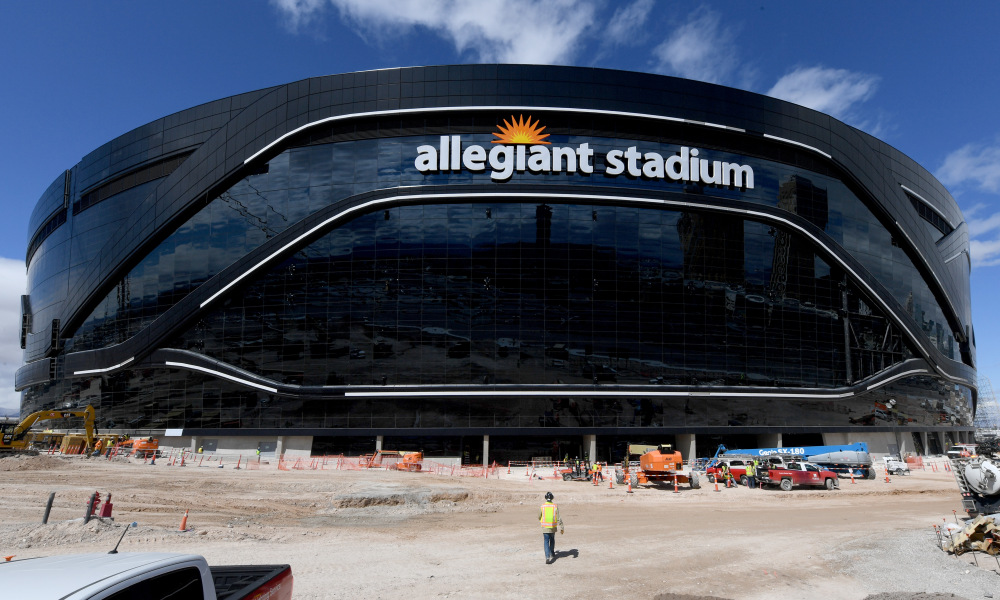 He added this week…

“Science tells us that putting larger numbers of people together for any reason…is an invitation for disease to do its work.”

And as was bound to happen, COVID-19 cases have shown up at the Raiders’ stadium site, as well as other construction sites.  Go figure.

Don’t get me wrong.  I SUPPORT the continued construction of the Raiders stadium and other construction projects during the #SisolakShutdown.

My problem is with Gov. Sisolak declaring such projects to be “essential” when they clearly are not.  Certainly not any more essential than other businesses which have arbitrarily been ordered closed.

Grocery stores have been declared “essential.”

And unlike restaurants, which have only been allowed to offer takeout and curbside service, grocery stores have been allowed to let customers file inside – often ignoring social distancing guidelines and touching carts, shelves, pin pads and products.

Well, lo and behold, the Las Vegas Review-Journal reported this week that all those social contacts have – ta da! – resulted in COVID-19 cases now showing up at Smiths, Vons, Walmart and Costco.  Go figure.

The reality is, unless you shut EVERYTHING down – instead of making irrational exceptions and picking winners and losers – the virus is gonna spread.

So the smart thing to do, to flatten the spread without flattening the economy – is to now allow more businesses to reopen as long as they follow certain safety precautions.  Like limiting the number of people allowed in the store at one time and making masks and gloves mandatory.

Even for things like movies, concerts, sporting events and shows.

Look, every venue has assigned seating.  So it wouldn’t be hard to sell seats in such a way that every other row is empty and people are assigned to every third seat to assure social distancing.

You know, just like at a Sisolak press conference.

Maybe even require everyone to wear a mask and gloves.  We could live with that for a period of time, right?

Sure, you won’t be able to sell as many tickets.  But something is better than nothing, right?

Ditto restaurants.  Put tables together – i.e., seating four people at an 8-top – to allow for greater social distancing.  And spread the tables out further.  And put a bottle of hand sanitizer next to the salt-and-pepper shakers.

Sure, you won’t be able to serve as many customers.  But something is better than nothing, right?

I’m not saying we immediately go back to exactly how things were before the #SisolakShutdown was imposed.  For the foreseeable future, we’ll all have to keep doing fist-bumps instead of handshakes and generally stay six feet away from each other.

But it’s time to start the rebuilding process in a phased, logical, common sense way; balancing the health risks with the threat of destroying our economy and lives irreparably (if it’s not too late already).

As Dr. Fauci said during Friday’s White House press briefing, restarting our economy isn’t going to be like turning a light switch off and on; “it’s a gradual pulling back on certain restrictions and try and get society a bit back to normal.”

Indeed, that’s exactly what Texas Gov. Greg Abbott is preparing to do.  Here’s what he said during his press conference on Friday…

“Next week I will be providing an executive order talking about what will be done in Texas about reopening Texas businesses … in a way that will be safe for that economic revitalization. … We will focus on protecting lives while restoring livelihoods. We can and we must do this.”

And President Trump announced on Friday he was creating a new “‘Opening of the Country Council” to prepare for the re-start.

Gov. Sisolak should follow their leads and do the same.  So let it be written; so let it be done.