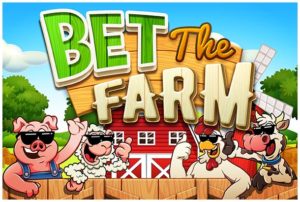 For many, they’re simply blinded by their hate for the man.  For others, they’re simply ignorant of real-world politics.  They know only theories they’ve read in a textbook and regurgitate tweets by similarly ignorant colleagues.

First, in 2016 Trump – a candidate with no previous campaign or electoral experience – narrowly lost to Crooked Hillary – who started her career in politics as an intern for Lincoln – by 27,202 votes.

Out of over a MILLION cast.

In fact, she only won Clark County with 52% of the vote and LOST the Democrat-majority 3rd congressional district.

This time Trump’s running as a vastly improved, skilled and polished candidate with an awfully powerful soapbox in the White House and some $300 million tucked away in the Oval Office sofa.

Secondly, Trump’s support among Republican voters right now is in the neighborhood of 95%.  The other 5% are the same “Never Trumpers” who didn’t vote for him the last time.  But there are fewer of them now than there were in 2016.

Donald Trump is, after all, an acquired taste.

So ask yourself this about Trump’s base of support…

Is there any large number of voters who voted for him in 2016 who are so unhappy with the man that they’re not going to vote for him next year?

These are among the low-information voters Rush Limbaugh talks about.  They’re the folks who love to say, with high a level of moral superiority and arrogance, “I vote for the person, not the party.”

Thanks to the person currently in the White House, the economy is sizzling, unemployment is at historic lows, especially in the minority community, taxes are lower, regulations have been cut, The Wall is being built, ISIS has been obliterated and al-Baghdadi is right now being serenaded by his 72 virgins.

If you don’t think a huge number of non-ideological voters who “vote for the person not the party” are gonna switch their Hillary vote in 2016 to Trump in 2020 – including lots of blacks, Hispanics and Klingons – you’re more delusional than Beto O’Rourke and Cory Booker combined.

Fourthly, now think about the Democrats.

Their likely nominee is Joe Biden – a scandal-ridden gaffe-machine who was caught last week speaking to the curtain behind the stage instead of the audience because he didn’t know where the cameras were.

This guy’ll be able to hide is own Easter eggs next April.

Sure, lots of Democrats are going to turn out because they hate Trump.  But a lot of AOC’s socialist-Democrats are gonna end up sitting this one out.  Unless…

Unless the Democrats decide to commit political suicide and make a Kamikaze run for the White House next November with either Crazy Bernie or Pocahontas in the pilot’s seat.

Both are still longshots.  However, if Dem voters come to the conclusion during the primaries next year that no matter who they nominate Trump’s gonna mop the floor with them, they might just push Sleepy Joe overboard and go with one of the two socialist puritans.

Which means Trump will not just win and win Nevada, but will win in a landslide.  Heck, he might even win ALL of Barack Obama’s 57 states!

Let me wrap up by talking a little about “voter suppression.”

Democrats continue to accuse Republicans of trying to suppress the vote by doing crazy, radical things like…you know…requiring a photo ID before casting a ballot.

But be aware and be warned of how Democrats, and their amen corner in the fake news media, are gonna try to suppress the Trump vote.

And stories and commentaries such as this…

“It’s a long 17 months to Election Day, but Joe Biden is ahead by landslide proportions,” a Quinnipiac analyst says.

And you’ll hear all about Republican defections from Trump during the impeachment witch hunt.  You know, “Republicans” like John Kasich, Mitt Romney and that moron Bill Kristol.  (Who?)

Don’t fall for it.

Look at the super-high level of base support for Trump – and his growing support among independents and non-traditional voters who refuse to tell pollsters how they really feel.

Now look at the shaky base of support for the unholy liberal trinity of Biden/Warren/Sanders.

The ONLY hope Democrats have is for Trump supporters to stay home.  So they’re gonna use all their powers and all their skills, like the undertaker in The Godfather, to convince you that Trump can’t win.

Indeed, the fake news media’s propaganda machine is gonna be set at DEFCON 1.  They’re gonna tell you Trump’s losing support.  That he’s slipping.  That there’s no sense in you bothering to vote because it’s hopeless.

But it ain’t gonna work.  Too many voters have caught on to their game.

Bet the farm on it.

“You know, I think this Donald Trump fellow has a real future in standup comedy.  He’s also a joke. … He simply performed a shtick that has elevated him to the top of polls, even though there are some signs that the act is wearing thin, even in our Kardashian, cult-of-personality culture where looking or sounding good is all it takes. … If you think Trump has any business in the race, I feel sorry for you. … Yes, Donald Trump is a joke.” – Blogger “Jihadi” Jon Ralston, 10/11/15