(Chuck Muth) – My friend arrived at our house for Christmas dinner with a black eye that even a herculean effort to cover with makeup couldn’t hide.

“Nancy” (not her real name) had been brutally punched in the face by her former live-in boyfriend – we’ll call him “Sid” – three weeks earlier.

She had to have surgery in January to repair an eyeball fracture and to this day has nerve damage and no feeling on the right side of her face.

Sid was given a short 60-day jail sentence for the attack.  He got out early at the end of January and that’s when this story went from bad to worse – and why I’m now on a full-blown crusade to fight the insanely dangerous movement to “end cash bail.”

But before getting to “the rest of the story,” let’s take a quick look at Sid’s criminal background…

Overall, it’s estimated that Sid has been arrested on more than 100 charges over the last 15 or so years.  So we’re not exactly talking about a Boy Scout here.  Those aren’t merit badges.

Now, to be fair, he obviously wasn’t convicted on every charge.  Some charges were dropped.  Some were dismissed.  Some were reduced in plea bargaining.  On the other hand, it’s also fair to assume he’s committed a boatload of other crimes for which he was never caught.

In addition, again to be fair, my friend Nancy, a thirty-something young woman, isn’t exactly a nun.  She had her own brushes with the law a few years ago.  However…

When given a “second chance” by the court to get her act together, she did.  She entered a drug diversion program, sought counseling, got a new job and went back to school.  In fact, if all goes well, she’s on track to graduate with a PhD from UNLV in May.

Sid, on the other hand, has blown every “second chance” he’s ever been given.

In fact, he served time in federal prison for an earlier domestic violence incident with another woman four years ago, the details of which were eerily prescient and, as Nancy put it, “incredibly haunting.”

More on that coming up in Part II.  Don’t touch that dial!. 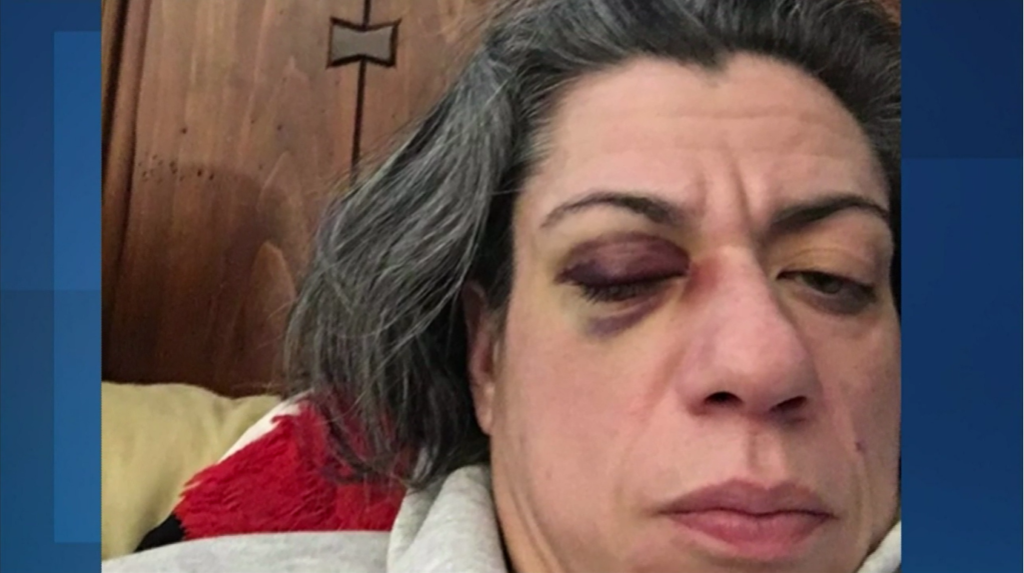 From a News12 report in the Bronx this week…

A disturbing domestic violence arrest and subsequent release in Orange County (NY) has led to renewed calls for a second look at bail reform.

“He had his arms and was right on top of me and looked right into my eyes and said this would be a perfect murder-suicide,” she says.

The Orange County Sheriff’s Office says 44-year-old John Pahucki, from Wawayanda, was charged with second-degree assault and harassment in the January attack.

Both felonies are eligible for bail, but prosecutors say Pahucki was released without it.

It’s a frightening reality for the victim and Pahucki’s ex-wife, Vanessa Petrossian, who says he has a history of domestic violence.

“How disturbed are you that he would be released without bail even though the offenses are bail eligible?” asks Petrossian. “To hear her recount the stories, it’s torture. It wasn’t just a slap in the face, it was hours of beatings that she and I both received.”

Sen. Mike Martucci says this case and others like it are reason to repeal bail reform adding, “New York’s dangerous bail elimination law continues to fuel a cycle of crime, and as evidenced here, has caused a disturbing rise in intimate partner violence. This failed catch-and-release policy is putting victims at immediate risk of more abuse. Sadly, there are countless cases just like this one.”