Why Government Programs are Harder to Kill than Vampires 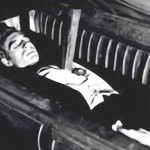 Another reason for taking such a hard line against tax hikes is that it’s always easier to raise taxes than cut even the tiniest of spending on even the stupidest and most useless of programs, thanks to government employees who will defend them to the death. A recent Las Vegas Sun story provides further proof.

Sen. Tom Coburn (R-Okla.) released his list of “The Most Wasteful and Low Priority Government Spending of 2011” last week. Making the list was $60,000 the city of Henderson, NV received for a “tree survey and inventory.” I kid you not. Sixty large of federal “stimulus” taxpayer dollars for a local “tree census.”

Would someone please roll Thomas Jefferson back over in his grave? Thank you.

Now, to the average citizen there’s no way on God’s green earth to justify such a wasteful, unnecessary expenditure, right? Ah, but you don’t fully appreciate how the mind of a government bureaucrat, whose lifeline is tied to your wallet, works when threatened.

Meet Kim Becker. Ms. Becker is the communications and marketing director for Henderson’s Department of Parks and Recreation. And give the lady credit; she does a masterful job in defending the indefensible. Sit back and witness with awe this artisan at work:

“A tree inventory is used to collect data on the health and diversity of the urban forest,” Ms. Becker explained to the Sun. “This includes the condition, species, size, location, maintenance and site characteristics of each tree.

“An inventory helps to prioritize maintenance in order to reduce safety and liability issues that result from hazardous trees, for example,” Becker continued. “An unmanaged urban forest can lead to costly infrastructure repairs, public safety hazards and perhaps unmitigated liabilities.”

Leaves you breathless, doesn’t it? But our communications czarette – clearly in the running for Spinmeister of the Year – wasn’t finished.

This, folks, is exactly why Ronald Reagan once said that “a government bureau is the nearest thing to eternal life we’ll ever see on this earth!”

The ONLY way to shrink government and end foolish spending on dumb stuff like tree counting in an “urban forest” is to choke off the money supply. That means not only going to the wall in opposition to tax hikes, but pushing relentlessly for tax CUTS.

Which is why any candidate for the Nevada Legislature who doesn’t sign the Taxpayer Protection Pledge can only be viewed as part of the problem, not the solution. Make sure you ask them if they’ve signed it when they come asking for your support this campaign season.