The Bozos Driving the Trump Bus in Nevada 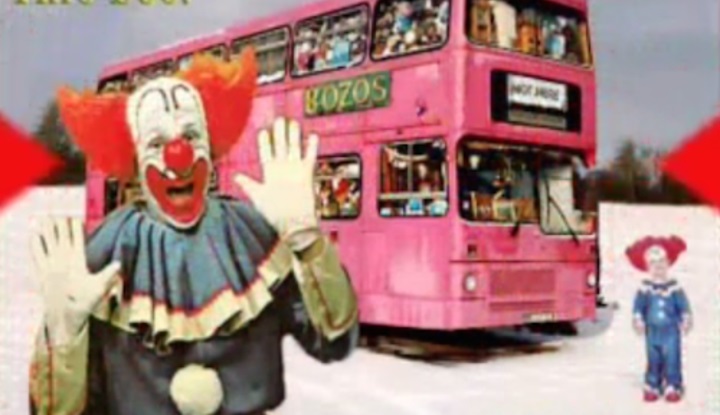 (Chuck Muth) – On March 31, 2020, Josh Skaggs, a regional field director for the Trump re-election campaign in Nevada, reportedly inked a letter to Republican National Committee (RNC) Chairwoman Ronna McDaniel in which he sounded the alarm on how badly the campaign was screwing up here…

“In 2016, Donald Trump lost Nevada by a narrow margin.  In the 2018 midterm elections, Republicans lost ground on the democrats. Based on my observations so far in the 2020 election cycle, I am concerned that President Trump and other Republicans on the ballot will not prevail in Nevada in November. … I believe that without your intervention, Nevada’s Trump Victory RNC campaign’s state of operations will continue to decline.”

Mr. Skaggs has reportedly been fired for blowing the whistle.

But none of this will come as a surprise to long-time Muth’s Truths readers.

Last September 3rd I warned Nevada Republicans that a gaggle of incompetent, “Never Trump” political “professionals” had weaseled their way into decision-making roles at the Nevada Republican Party…

“(Mike) Slanker’s lack of political skills is legion.  And he’s absolutely no conservative.  But his saving grace is his willingness to kiss butt with gusto and persuade candidates and donors to pay high-dollar for his ‘expert’ advice.  He’s a political mercenary.  Anything for a buck. …

“Jeremy Hughes – a ‘Never Trumper’ consultant who managed the campaign of the guy (Sandoval) who decimated the Nevada GOP by shoving the largest tax hike in state history down our throats, and who also helped tank the re-election campaign of a sitting incumbent U.S. senator (Heller) – is now being paid to run the Trump re-elect effort in 2020! …

“And another Slanker toady, Keith ‘Schip-Wreck’ Schipper has been hired to head up the Nevada GOP’s communications operation.  Schipper is a talentless boob.  This clown shouldn’t be allowed within a hundred miles of ANY Republican campaign or organization.”

On November 3rd, I wrote…

“Slanker and his fumbling, bumbling staffers running the show for the party – Keith Schipper, Jeremy Hughes and Will Sexauer – could screw up a two-car funeral.

“Despite the obvious evidence of the ongoing fuster-cluck that’s going to cost Republicans even more losses in 2020, these guys are standing in the middle of the gathering political disaster blubbering, ‘Nothing to see here; move along.’”

And added in a separate blog post that day…

“The truth is, Donald Trump should win Nevada next year.  If he doesn’t, you’ll know who to blame.  The Three Stooges of Nevada GOP politics: Slanker, Schipper & Hughes.”

Having not seen Mr. Skaggs’  full letter, I don’t know if he named names or not.  Or if he did, if they were the same names I named.

But those three bozos – Slanker, Hughes and Schipper – are still driving the Trump re-election bus in Nevada.  And it’s heading straight for a ditch, if it isn’t there already.  Consider…

“Instead of embracing freedoms they are being destroying.  Today our flag, Constitution, values, freedom of religion, speech, and Right to bare arms are all under attack.”

Now, having been in the “biz” for over 25 years now, I know a little something about how these things work when it comes to party communications.

And I’m willing to bet dinner at Oscar’s Steak House at the Plaza Hotel that Chairman McDonald never even saw that release, let alone approved it.  That’s not how it’s done.

You see, the Nevada GOP and the Trump re-election campaign have morphed into one entity.  And standard-issue press statements like that are written by and/or approved and disseminated by the Trump campaign’s (mis)communications director…

What a Clown Show.  The Dance of the Dunces.

As I teach candidates in my campaign training seminars, there is more incompetence in the field of political consulting than in any field other than TV psychiatry.  Slanker, Hughes and Schipper are textbook examples.

If Donald Trump wins Nevada in November – and I still predict he will – it will be DESPITE the fumbling, bumbling campaign operation put together by these Three Stooges, not because it.

The President deserves better in Nevada.

Slanker, Hughes and Schipper should be fired, not Josh Skaggs.

“Our media is literally the East German referee of American politics. They are the enemy of truth.” – Ken Gardner