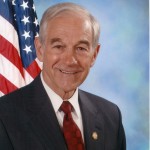 The most whiny, paranoid people in politics today are SOME of Ron Paul’s most ardent supporters.

These people just can’t seem to get it through their thick skulls that you win elections by addition, not subtraction, and have apparently never even heard of “How to Win Friends and Influence People,” let alone read it. And they sure as heck can’t comprehend the Reagan doctrine that someone who agrees with you 80 percent of the time is your ally, not your enemy.

These are people who prefer catching flies with vinegar instead of honey.

I could write a column in which I say 99 super-fantastic things about Paul…but one minor thing that indicates disagreement on even the most trivial of issues…and SOME of Dr. Paul’s supporters will have a veritable COW over that one thing and write me a “War and Peace”-length diatribe excoriating me for being a liberal or a neo-con or part of the GOP establishment that’s out to “get” the congressman from Texas.

And I’m far from alone in experiencing this phenomenon – nor is it anything new.

Indeed, I accidentally tuned in to Sean Hannity’s radio program the other day and some Ron Paul supporter had called in ripping Hannity a new one because Hannity had dared ask Dr. Paul one question about his newsletters. Forget the fact that that was one question is an otherwise positive, extensive interview. But that one question was enough to set this guy off!

Let me repeat: This behavior isn’t displayed by ALL Ron Paul supporters. But the ones who do act like bullies and brutes give the rest a very bad name. And they do more to hurt their candidate than help by acting like such paranoid cyber-thugs. Lighten up, people. And knock it off. Dr. Paul deserves better.