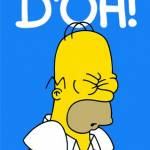 Longtime GOP political strategist Sig Rogich, a man who knows a lot about politics in general, and politics in Nevada in particular – completely disagrees with Nevada Republican National Committeeman Bob List’s contention that moving the GOP’s caucus back to February (fifth in the nation) from January (third in the nation) was a good thing.

“Why in the world would you want to step back, and we’re not going to be rewarded for such a thing, all things being equal,” Rogich said in an interview on Sam Shad’s Nevada NewsMakers television program (h/t Nevada News Bureau). “I just don’t think that it makes any sense to be that far back when you have an opportunity to be up in play.”

Indeed, today’s schedule of candidate activities, courtesy of Morning Score, underlines Rogich’s position that moving the GOP caucus has taken Nevada out of play in the early nomination process:

“Romney is on Morning Joe and doing a fundraiser in NYC before heading to New Hampshire for a town hall/policy speech. Your Score correspondent will be with Gingrich as he stops at a grocery store in Mount Pleasant, hosts a business roundtable in Ottumwa, meets supporters at a coffee house in Oskaloosa and wraps up the day at a restaurant in Knoxville. Perry campaigns with Louisiana Gov. Bobby Jindal in Maquoketa, DeWitt, Clinton and Davenport. Santorum stops in Pella, Mt. Pleasant, Davenport and Bettendorf. Bachmann’s bus tour, meanwhile, goes to Independence, Fayette, Postville, Strawberry Point, Manchester, Dubuque and Maquoketa. Still in New Hampshire, Paul stops in Manchester, Plaistow and Exeter – with an evening town hall at the last stop. Huntsman hosts town halls in Nashua and Stratham, as he wraps up his Granite State swing.”