#NeverTrump Troops Take Another One in the Shorts 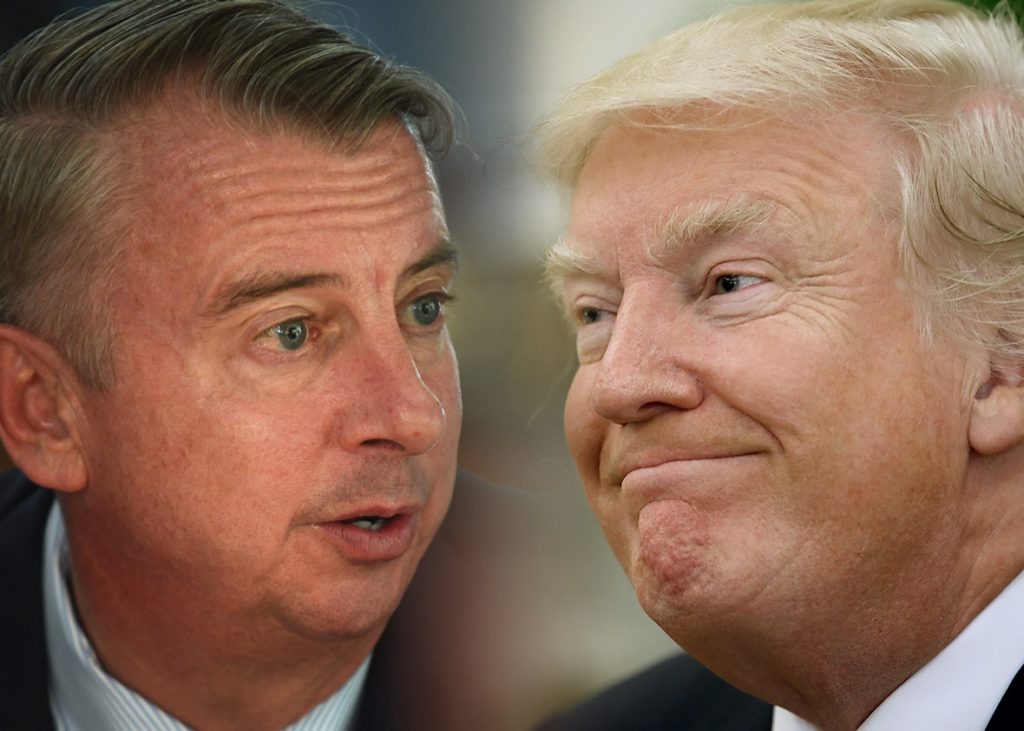 You don’t get much more GOP “establishment” than Ed Gillespie.

And he’s a founding member of a big bi-partisan DC lobbying firm with mega-corporate clients like AT&T, Bank of America, Anthem and Microsoft.  In short, “Establishment Ed” is a creature of “The Swamp.”

Gillespie was expected to win the Virginia GOP gubernatorial primary in a cakewalk last June.  Instead, he barely squeaked by a pro-Trump candidate.

Then in the general election, the same pollsters who told us Hillary Clinton would be the next President of the United States spent the last couple of weeks telling us the race between Gillespie and Democrat Ralph Northam had tightened into a “dead heat.”

But when the smoke cleared on Election Night, Establishment Ed had been trounced.  Crushed.  Wiped out.  Blown away.  54-45 percent.  Landslide.

The establishment’s Perfumed Princes of Professional Punditry were left scratching their heads, staring at the navels and wondering “How could this happen?” while the fake news propaganda organs attributed the loss to a growing wave of anti-Trump sentiment.

Um, no.  Trump nailed it shortly after the results were final in a simple tweet: “Ed Gillespie worked hard but did not embrace me or what I stand for.”

Exactly.  Four weeks before the election, with Gillespie running way behind in most polls, Trump threw a lifeline to his fellow Republican and endorsed the GOP nominee in one of his patented tweets: “Vote Ed Gillespie!”

But Camp Gillespie treated it like a flaming paper bag of dog poop thrown on its porch by a teenage prankster.  As the Washington Post reported at the time, “Gillespie said he neither sought the president’s endorsement nor asked him to tweet on his behalf.”

Indeed, Gillespie’s crack communications team chose not re-tweet the presidential endorsement, comment on it until asked by the press, or even so much as say “thank you.”

The truth is Trump voters aren’t as dumb as the fake news media and the GOP establishment think they are.  They can smell a #NeverTrumper a mile away.  It doesn’t matter if the President endorses a candidate for what are clearly practical political reasons.  Trump voters are only going to support candidates who truly support Trump and his agenda.  Posers need not apply.

The electoral dynamic has changed dramatically since Trump was elected to the White House.  Among Trump supporters it’s not Republican vs. Democrat or even conservative vs. liberal.  It’s not black vs. white, rich vs. poor or urban vs. suburban.

It’s insiders vs. outsiders.  Us vs. them.  And if you ain’t with us, you’re against us.  You’re either with the President or we’re not with you.

“They” say Trump’s hard core constituency only accounts for 28 percent of the vote.  Now, 28 percent certainly isn’t a majority.  But it’s MORE than enough to cost a Republican an election if they stay home or vote for another candidate.  And for this 28 percent, these aren’t elections; they’re a reckoning.

But if you choose to deny this reality, consider the following: Democrat Northam will replace a Democrat governor in a Democrat state that went for Democrat Hillary Clinton.  Big whoop.  Nothing to see here.  Move along.