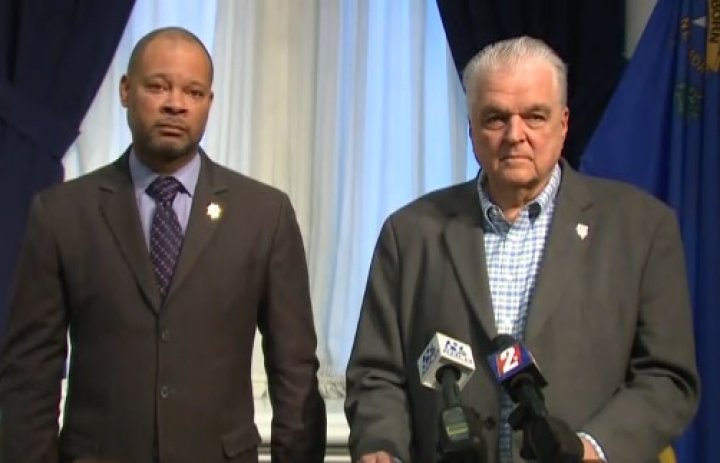 So here’s the situation…

Nevada Gov. Steve Sisolak continues to deny churches the ability to hold services of 50 or more law-abiding citizens while not only allowing, but ENCOURAGING, large Black Lies Matter protests that have resulted in violence, riots and looting.

Well, Nevada Attorney General A.Ron Ford, a black Democrat, cleared the mystery up for us on Friday.

He actually said, according to a report in the Las Vegas Review-Journal, that the ban on group gatherings of 50+ was being enforced against churches but not the rioters because – get this – “there was an advertisement that people are actually going to violate the governor’s orders.”

So church services would be allowed as long as they’re not advertised?  Seriously?  And you’re saying the Black Lies Matter protests weren’t advertised?  Gimme a break.

“You can’t spit in the face of law and expect law not to respond.”

The rioters and looters LITERALLY spit in the face of law enforcement officers.  And threw rocks at them.  And bricks.  And frozen water bottles.  And set a police car on fire.  And broke out the windows of stores.  And sprayed anti-police graffiti on walls.

Hell, they even SHOT one police officer.

But damn it, we can’t have people praying in church!

Sadly, Mr. Ford is so blinded by his own racism and systemic victimhood that I’m sure he fails to see just how ridiculous and absurd his comments were.  Worse, there are those among us who actually agree with him.

“There is no ‘epidemic’ of racist cops killing black suspects. … The No. 1 reason for death, preventable and otherwise, for young black men is homicide, almost always at the hands of another young black man.” – Columnist Larry Elder

“(At the time of the Freddy Gray riots in Baltimore in 2015) The mayor was a black female the top two officials in the police department were black; the City Council was majority black; the state attorney who brought the charges against six officers was black; three of the six officers charged were black; the U.S. attorney general was black, as was the president of the United States.  Institutional racism?” – Columnist Larry Elder