How to Resolve the Yucca Mountain Fight Once and for All 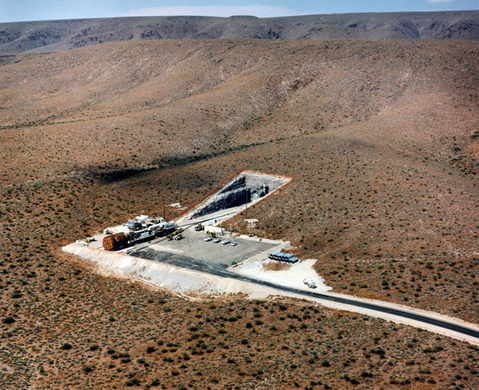 (Chuck Muth) – The Las Vegas Review-Journal published another front-page article on the Yucca Mountain nuclear waste repository issue on Monday.  But nothing’s changed.  The same hypocritical NIMBY (not in my back yard) arguments remain.

So how do we resolve this stalemate?

The first question that needs to be answered by Congress: Do we really need a permanent, dedicated nuclear waste facility or not?

Current law says yes.  But laws can be changed.  So let’s focus on resolving that one, overriding question once and for all and then move on.

One central repository…or multiple on-site storage facilities?  Then take it from there.

Assuming Congress is going to insist on one master storage facility, the next question is…where?

Anti-Yucca opponents in Nevada have recently been pushing a “consent-based” approval process that would require state political leaders to OK having the repository built in their states.

But those same opponents have been arguing for years – in an effort to gin up non-Nevada opposition – that the real problem is transporting “deadly” nuclear waste to Yucca through other states.

Excuse me, but if transporting nuclear waste to Yucca Mountain is as dangerous as they claim, how does that danger suddenly disappear if, say, Utah or New Mexico gives its “consent” to build the waste repository within their borders?

Indeed, if transporting nuclear waste across the country is unacceptably risky, then what difference does it make if the final resting place “consents” to having it shipped to them?

So that’s the second question that must be answered: Can nuclear waste be shipped safely to a central repository or not?  If not, no location can ever be acceptable.  If so, then Yucca Mountain is as acceptable as any other place.

As for state’s rights, the problem is the fact that Nevada doesn’t own the land where Yucca Mountain is located.  The feds do.  Now, you can argue whether or not the feds *should* own that land, but the reality is…they do.

For that matter, Nevada should also be able to confiscate from the feds the Lake Mead National Recreation Area and the Great Basin National Park.  Anybody care to make that argument?

Lastly, the question no Nevada politician wants to be asked, let alone answered: What are Nevadans willing to accept in return for doing the nation this service?

Alex Berezow, a microbiologist and vice president of scientific affairs at the American Council on Science and Health, wrote a column that was published by USA Today last week.  In it he argued that “It’s time to tempt Nevadans with an outside-the-box approach: Let’s pay them.”

This would be similar to the deal Alaskans got in return for accepting the Alaska oil pipeline.

“If the state agrees to open Yucca for business,” Mr. Berezow wrote, “the federal government could pay each Nevadan, say, $500 in ‘rent’ each year.”

That seems like an awfully small opening bid.  But instead of rejecting it out of hand, maybe Nevadans should see the bet and raise them.

Throw in a four-lane highway between Las Vegas and Reno (complete with uninterrupted cell service), a world-class alternative energy research facility near Pahrump or Beatty…and hey, how about free air conditioning for all southern Nevadans in July and August!

Once the pot has been sweetened enough, THEN ask Nevadans – not the politicians – what they think.  I’m guessing public opinion will change dramatically.

Make us a deal we can’t refuse…and let’s move on.