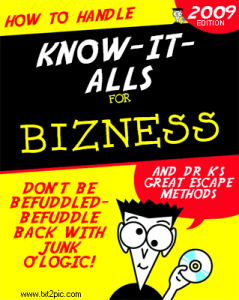 Everyone on the left and many in the middle are fawning over the recent study by the liberal Brookings Institute on how to fix Nevada’s economy. For example, liberal pundit Jon Ralston gushed in a tweet: “I was skeptical, but this report on NV and economic diversification is a must-read 4 anyone serious about the problem.”

Well, I’m serious about the problem, so I read it. But count me as considerably less impressed than Mr. Ralston. This is just a bunch of the same-ol’/same ol’ warmed-over crappola, couched in academic mumbo-jumbo. Here, let me give you some examples from the Executive Summary:

Oh, yeah…that’s a REAL problem. Clearly, no state can effectively compete against other states if it lacks…what was it again?…oh, yeah…a proactive, coherent economic development strategy and structures. No wonder we’re so screwed up!

Now, I’m no expert, but I gotta agree here; we definitely need to dramatically improve our innovation inputs and outputs. And until we do, we’re pretty much up the proverbial creek without a paddle!

But it’s not all doom-and-gloom. Under “Opportunities” Brookings lists: “Political leadership closely engaged in revamping and renewing economic development activities.” And, hey, who can argue with that?

I mean, let’s face it, no one can hold a candle to Nevada’s political leaders when it comes to being closely engaged in revamping and renewing economic development activities. Why, just the other day I saw Assembly Speaker John Oceguera at the UNLV/UNR basketball game revamping and renewing economic development activities over a beer.

Under “Threats,” Brookings lists: “Projected growth in the core consumption-based industries will not be sufficient to drive recovery.” Well, I think we can ALL agree on that…whatever the heck it means.

The following, of course, is a much bigger threat: “Limited state economic development resources dispersed through fragmented regional efforts.”

How many times do we have to tell our elected officials not to disperse our economic development resources through fragmented regional efforts before it sinks in? Dunderheads.

But finally I found the one understandable “Threat” nugget that explains why the Left is so enthralled with this report: “Underinvestment in higher education and lack of a top-tier Carnegie-ranked research university.”

We’re not spending enough on our higher education institutions. And if we don’t raise taxes to fund a “top-tier Carnegie-ranked research university” our economy will simply never recover, right? (Hey, isn’t Brookings nested at UNLV? Feather-bedding?)

Good money was apparently spent on this “study.” No wonder Nevada’s economy is still in the dumps. Is there a conservative/libertarian national think-tank in the house? Paging the Cato Institute.